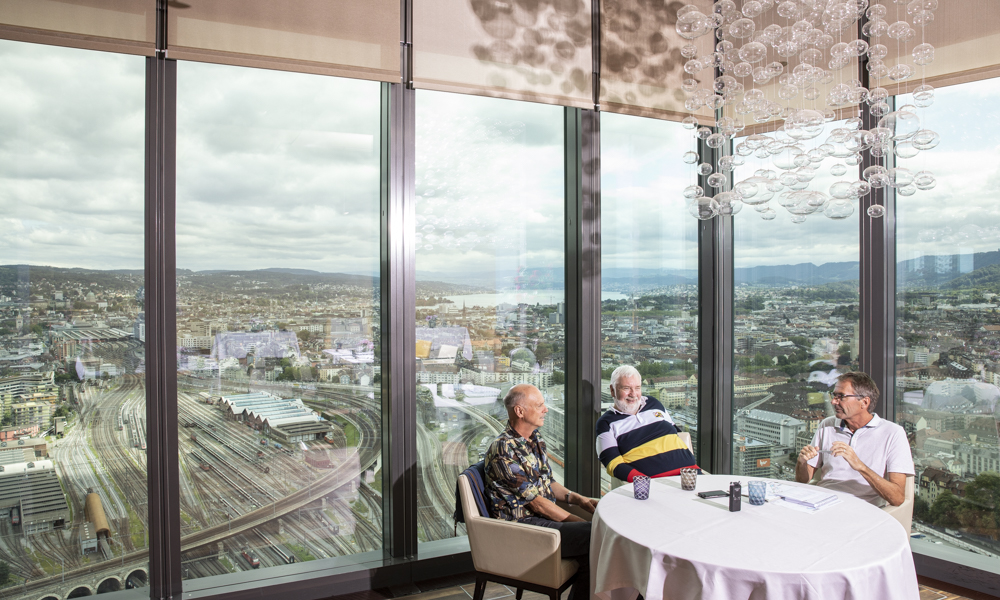 A network for research and research for the network

Three SWITCH veterans take a look back: former Managing Director Thomas Brunner and Head of Network Willi Huber spent 25 years at SWITCH until they retired. Felix Kugler from the Network team met them at the Clouds restaurant.

Felix Kugler: SWITCHlan has been around for 30 years. A lot sure has changed in that time! Do you remember how the name came about?

Thomas Brunner: I do. We had a few eccentric ideas at the time. Technically speaking, it’s a wide area network rather than a local one. But seeing as ‘WAN’ sounds like the German word ‘Wahn’ – meaning delusion – this wasn’t an option.

Willi Huber: We wanted to connect university networks using Ethernet bridges. Nobody was doing that at the time. Like connecting two offices together, the idea was to establish a link between researchers in different universities as part of a LAN setup. The idea worked, and that’s when we settled on the name SWITCHlan. 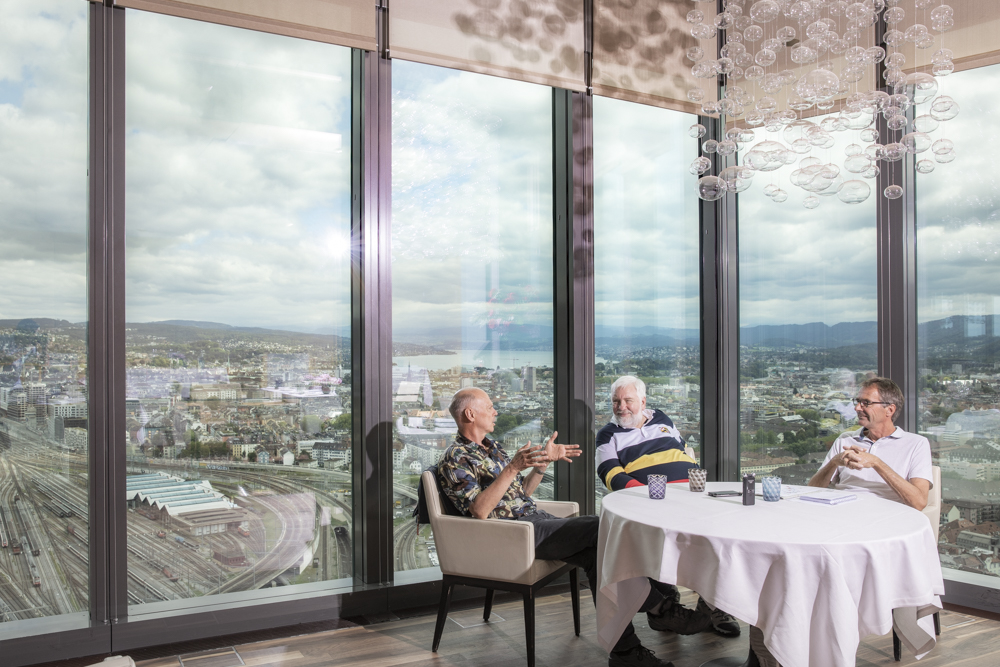 T: This was in the days when the state had a monopoly on telecommunication services. Before 1998, nobody was allowed to have their own cable – you had to rent them from the PPT (the Swiss Postal Telegraph and Telephone agency). Market deregulation quickly led to alternative network services being made available. However, the technical implementation side of things left a little to be desired.

F: What were the key strategic decisions that led to SWITCHlan becoming the comprehensive network that it is today?

T: One important – and initially very controversial – decision made by the Foundation Council was to change our approach and build and develop our own fibre-optic network. In the early days, SWITCH managed the network for only a few researchers at a handful of sites. Today, the Foundation connects all universities in Switzerland. Management, teaching and research are all equally reliant on the network. The service SWITCH provides now is very different to what it once was.

W: In the beginning, a university would sometimes be cut off from the network for half a day and nobody would mind too much. Today, an interruption lasting even five minutes is a catastrophe. Our goal in recent years was always to line up all the nines: 99.999% availability averaged out over a year. We usually managed it.

F: That reminds me of a time more than a decade ago when rats chewed through a cable, which caused an extended interruption. This wouldn’t be a problem now, because SWITCHlan is designed to be highly redundant. Changing the subject: why do we even still need a national research network (NREN)?

T: I’m still a member of the Strategic Advisory Board for Germany’s National Research and Education Network, and this is something we’re discussing right now. When looked at from a purely financial perspective, a few universities do receive good offers from the private sector, but on average the NREN rates are in line with the market – and in solidarity with the universities more than anything else.

As is the case in Switzerland, there is an agreement in place that there should be rates that aren’t dependent on location. In other words, data transfers cost just as much in the centre as they do on the periphery.

The old maxim still applies here, too: a network for research and research for the network. The latter perhaps takes more of a back seat today, because there are more chairs in theoretical subjects focusing on network research.

F: I wouldn’t put it like that. NREN continues to be important for research and has an interdisciplinary role to play. We are currently expanding our network to be able to transmit high-precision frequency and time signals that – by way of example – chemists and physicists need to conduct their research. We are working with seismologists to clarify how well our fibre optics can be used as ‘dispersed earthquake sensors’.

F: One last question for you: if you could start your careers over again, would you do the same thing?

T: Looking at things today, I would have sought to remain in the world of research for longer as a physicist or mathematician. Still, my career didn’t pan out too badly. Indirectly, I maintained a connection with the world of academia and was able to support its research through the Foundation’s own work. Despite receiving multiple lucrative offers, the private sector was never an option for me.

W: With hindsight, I’d do the same now as I did back then. My 25 years at SWITCH were fascinating and varied, and I, too, was motivated by the fact that I was working in service of education, research and innovation. I greatly appreciated the open-minded working atmosphere, too. 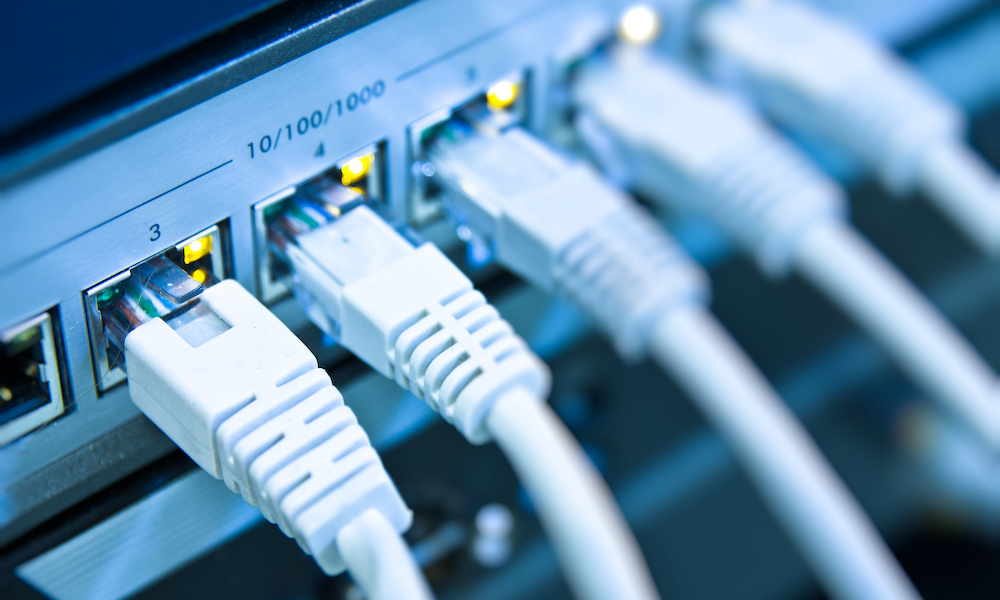 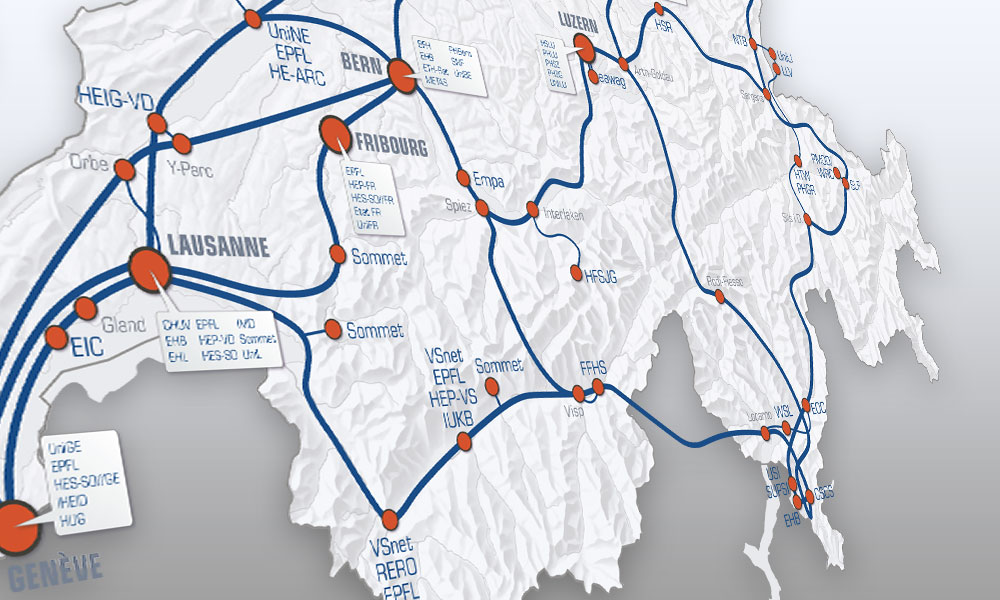