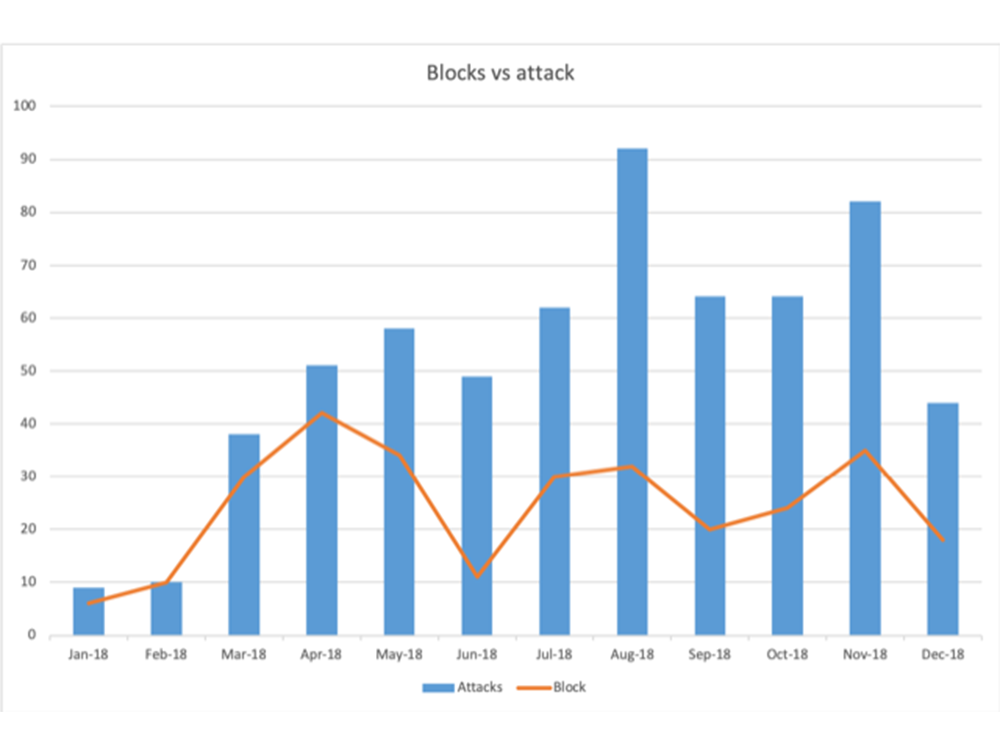 Number of phishing attacks per month

The chart shows the number of phishing attacks the University have seen each month (Blue) against the number of blocks they have had to put in manually (Orange) (i.e. that the RPZ wasn’t picking up).

The University started the trial of SWITCH DNS Firewall in April. In March they started to do more rigorous searches for phishing attacks. Bearing in mind they started using the service in June 2018 - the number of sites they have to block has dropped, and remains around one third of the attacks that they see. Despite the numbers of attacks increasing.

«The University of Bern has been using the SWITCH DNS Firewall from SWITCH since 2015. It is very easy to integrate into an existing environment. It is low-maintenance and very effective at preventing phishing and malware. As soon as a university user tries to access a malicious website, the SWITCH DNS Firewall returns an alternative response in the form of a secure landing page with an explanation of the potential threat posed by the page the user was trying to access. SWITCH's DNS RPZ feed is extremely helpful and focuses on threats to Swiss organisations»

«We have been using SWITCH DNS Firewall at HSR since the start of July 2015. We use the Response Policy Zones managed by SWITCH, with hits analysed by SWITCH as well. This has led to a significant improvement in malware prevention and detection with a relatively small amount of effort. Even though we are logging quite a lot of hits, the level of acceptance among our users is very high. Generally speaking, SWITCH DNS Firewall has become an efficient cornerstone of IT security at HSR.»